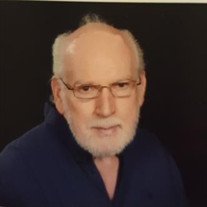 Bobby W. Jester, age 68, of Arkadelphia went to be with the Lord on August 26, 2018 at Courtyard Gardens Health and Rehab. He was born August 29, 1949, to Clarence E. and Lorene Jester, in Arkadelphia. Bobby was a member of Trinity Temple Assembly of God.

He followed in his father's footsteps and began his own logging company in 1968. Outside of his family, it was the one great passion in his life. He was presented the Inaugural Arkansas Logger of the Year in 1986. He successfully operated his company for 40 years. He was diagnosed with Parkinson's disease in 2002 and fought a courageous battle for the next sixteen years.

To order memorial trees or send flowers to the family in memory of Bobby Jester, please visit our flower store.
Send a Sympathy Card