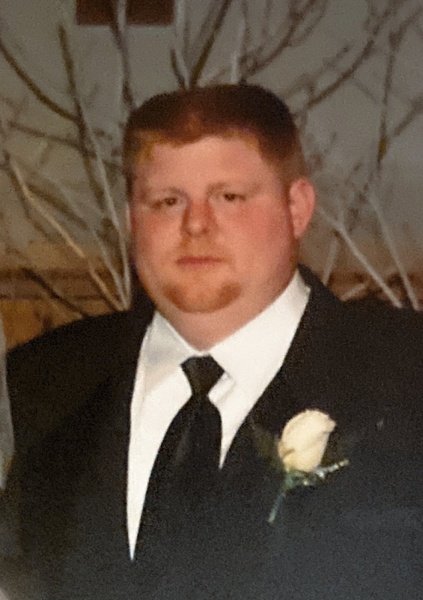 Blain Halliday age 44, of the Curtis Community near Arkadelphia, passed away Friday, April 9, 2021 in Hot Springs. He was born June 4, 1976 to Phillip S. and Katye Currey Halliday. Blain graduated from Arkadelphia High School in 1994. He was a member of Gurdon First United Methodist Church. He was the store manager for Elliott Electric in Hope, Arkansas.

Blain loved his family and spending time with his grandbabies. He enjoyed being outdoors, riding his side by side and hunting. He learned a lot of life’s lessons and values while working with his grandfather in the logging business.

Survivors are his wife, Janet Halliday; his parents, Phillip and Katye Halliday of Curtis; his children, John William Reeves and Kayla Yarberry both of Curtis; Alison Caldwell of Alexander and Ashleigh Halliday of Hope; his grandchildren, John Wyatt Reeves and Kynslee Marie Reeves; his sisters, Amanda Fisher (Tim) of Bryant and Britney McClure of Gurdon; his uncles, Michael Currey (Lynda) of Benton, Brett Currey (Rendi) of Arkadelphia, Dickie Halliday Jr (Elaine) and Dan Halliday (Debbie) both of Gurdon; his aunt, Kay Snodgrass of Hot Springs; his fur babies and special work buddy, Beau; and a host of other family members.

Graveside service will be 10:30 AM Wednesday, April 14 th at Richwoods Cemetery near Arkadelphia.

Immediately following services, a celebration of life will be at 248 Curtis Rd. Everyone is invited for fellowship and maybe share a story.

Arrangements are by Ruggles-Wilcox Funeral Home.

Click to download / open
To order memorial trees or send flowers to the family in memory of Blain Halliday, please visit our flower store.