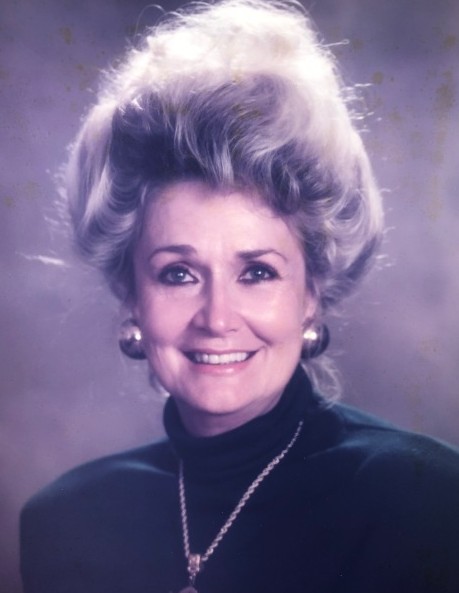 Betty McCartney Berry 83, formerly of Arkadelphia, died Friday January 11, 2019 at Cambridge Health and Rehab in Richmond, Texas. Betty was the only child of her parents, who owned a local general store in rural, central Louisiana. She attended college at Northwestern State University in Natchitoches, Louisiana where she was a majorette and an art major. After marrying and becoming a loving mother to three sons, she later earned a master’s degree from Henderson State University in Arkadelphia, Arkansas.

She taught art in public schools in both Arkansas and Louisiana. For over twenty years, she was an assistant professor of art at Ouachita Baptist University where she served as the chair of the art department for many years. A highlight of her career was an extended trip to Europe during which she was able to see many of the world’s great works of art and enjoy a culture that inspired her sense of fashion, her interest and work as a jewelry designer, and her passion for sharing art with others. She lived her life as an artist, experiencing light and color as an expression of beauty, and always helping others to see the world in this same sense of vibrancy.

She was preceded in death by her loving parents, Flem and Mattie Lee McCartney, and one cherished son, Joseph Fleming “Jay” Berry. She is survived by two beloved sons, Trey Berry (Katherine) of Magnolia, and Clay Berry (Marilyn) of Richmond, Texas and two adored grandchildren, Tanner and Berkeley.

In lieu of flowers, the family requests that memorials be made to the Raybon-Berry Art Award at Ouachita Baptist University, the Department of Art at Southern Arkansas University, The Muscular Dystrophy Association, or a charity of choice.

To order memorial trees or send flowers to the family in memory of Betty Berry, please visit our flower store.
Send a Sympathy Card