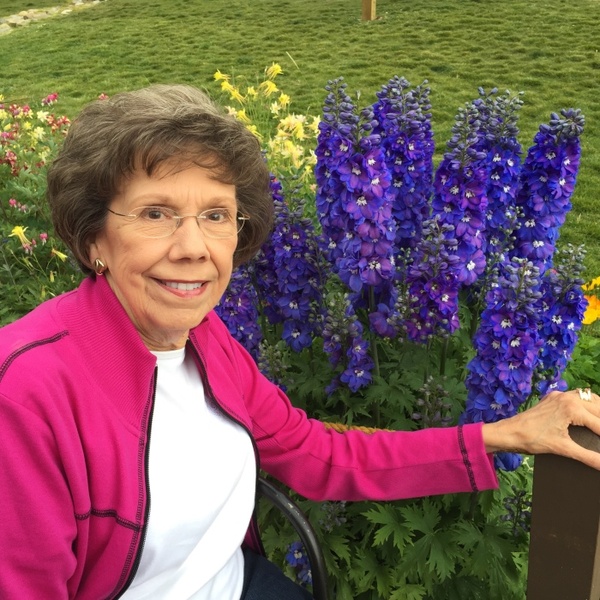 Betty Ann Sauer, 74, of Rogers was rescued from illness on September 13, 2019 and brought home to heaven to spend eternity not with affliction but better than she ever has been.    She joins her mother, Bernice Langley Overton, and her father, Presley A. Overton.  She waits for her dedicated husband of 53 years, Ken “Major” Sauer, of Rogers, and her son, Kenneth Morgan Sauer, MD of Little Rock, AR.

Betty was born in Little Rock and raised in Malvern.   She graduated from Henderson State University with a degree in elementary education and later obtained her Master’s degree.  She decided not to pursue a doctorate degree because, “They’ll take me out of the classroom and make me an administrator.”  She loved all of the children which she taught on two different continents with most years being in Fort Smith and Rogers, AR.

She was the epitome of grace with her warmth, gentleness, and kindness that was obvious if you saw her much less met her.   Underneath this was a lady of absolute faith in the Lord God and His Son, Jesus.  She walked the path of life with peace, but when encountered with conflict or obvious lack of common sense, she could silence a crowd or level a room with a look or softly speaking only a few words.   With the combination of her servant’s heart and her willingness to allow the Lord to be her strength, she was indomitable in all that she did from being a wife, mother, teacher, and Christian.

Services will be held at Ruggles-Wilcox Funeral Home in Arkadelphia, AR at 2 PM on September 18, 2019.  A celebration of life will be held at a later date in Rogers, AR.   In lieu of flowers please, help someone else by making a donation of any amount, even $5, to the Alzheimer’s Association at www. alz.org or  10201 West Markham Street Suite 100 Little Rock, AR 72205.

To order memorial trees or send flowers to the family in memory of Betty Sauer, please visit our flower store.