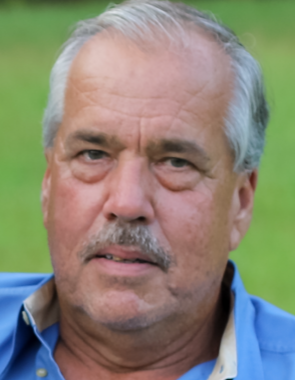 Barry Franklin Helms, 62, of Malvern, AR entered the lakes of Heaven, where he joined his son, Matthew, his mother, and daddy, on Friday, June 18 th , 2021. He was born in Miami, FL to William C. “Bill” and Betty Helms on December 8 th , 1958. He married the love of his life, Cindy, on July 4 th of 1981, and would have celebrated their 40 th wedding anniversary this coming July. Wherever you saw Barry, Cindy was not far behind.

For the past 35 years, Barry has worked in the wholesale car business. In 2009, he started Arkansas Wholesale as a family business.

He loved spending his time and money on his kids. If there was something they wanted or needed, he did his best to provide it. Then along came the grandkids. Wyatt, whom he called his “little dickens”, thought his Papa hung the moon. He was so excited to have another little girl to spoil when Sutton entered the world just 3 months ago. Barry was proud to be an Outlaw Boat Racer, and he enjoyed travelling all over the country with Cindy and their jetboat. He loved a good lake race or one down the track. He also enjoyed riding Harleys, side-by-sides, and camping with his wife, kids, and all of his friends. And if his friends could not come, he just made new ones. Barry was known for his Blackstone pork chops and potatoes and his storytelling. Barry was a friend to every person he met. He would give you his last dollar and even the shirt off his back.

He was preceded in death by his parents and his son, Matthew Helms.

Honorary pall bearers are Bruce Harris, Mark Lee, Gary Weems, Ricky Francis, Mike Armstrong, and all of his boat family and friends from the East Coast to the West Coast.

Barry got the green light and has made his last and final pass to the outramp. Survey says……that’s a hook!

For the funeral service, if you have a jetboat shirt of any kind or a Harley shirt, please wear it.

To order memorial trees or send flowers to the family in memory of Barry Helms, please visit our flower store.