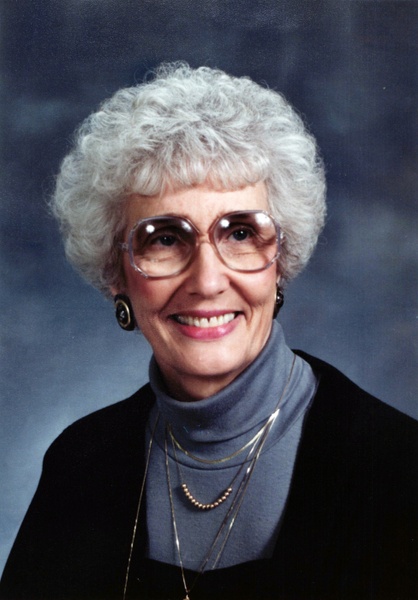 Barbara Sue Rast McAfee of Amity departed this life on October 29, 2020.  First and foremost, Barbara was a devoted and loving wife to her husband of 69 years, Harold.  Having married him at the tender age of 17, Barbara used her unending energy and creativity to provide an ideal home for Harold and their three children while they moved across the country through the years as a military family.

Undaunted by obstacles, Barbara attended college part time in Tennessee, California, Hawaii, and Arkansas to obtain her Bachelor’s and Master’s degrees in Education.  She was an enthusiastic Social Studies teacher with a career that included Yorba Linda in Los Angeles, the Little Rock School District, Glenwood, and Caddo Hills High School – she was known as an educator who truly cared about her students.  She was the Environmental Education Coordinator for the Little Rock School District for many years, a consultant for the Arkansas State Council of Economic Education, and a technical reader for Environmental Education grants in Washington, DC.  Barbara joined Alpha Delta Kappa, the International Honorary Organization for Women Educators in 1974.  ADK was a big part of her life, and she served as president for two local chapters, as the Arkansas State President, and was a member of many international committees for this distinguished organization.

Barbara is survived by her children, Ted McAfee (Gayle) of Texas and Rebecca McAfee of Little Rock; her daughter-in-law Cindy McAfee of Little Rock; her grandchildren, Shawn McAfee (Amanda), Spencer McAfee (Megan) – both of Texas, Colin (Becca) McAfee of Louisiana, Kristen Pittman (John David) of Little Rock, and Thursday Sadler of Los Angeles.  Barbara was an adoring great-grandmother to Riley, Hazel, McKenna, Jameson, Emma, Remy, and Lilah, and she regretted not living closer to see her “greats” more often.  Barbara has now been separated from her last living siblings, Jim Rast (Peggy) of Texas.

A special thank you to Ruby, Doris, Tina, Mildred, and Donna for all their care throughout the years.

Barbara leaves behind so many people with great memories of her loving and giving heart.  A visitation will be Saturday, November 7, 2020 from 2:00-4:00PM at Ruggles-Wilcox Funeral Home in Arkadelphia.

Due to COVID-19: Face Coverings and Social Distancing required.

To order memorial trees or send flowers to the family in memory of Barbara McAfee, please visit our flower store.