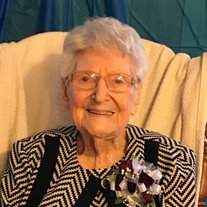 Allie Bay Clark-Young of Antoine, Arkansas was born to Bryant and Ruby Cash on February 12, 1918 in Friendship, Arkansas. The firstborn daughter of the family, she had 5 sisters (one of whom did not survive past infancy) and three brothers born later to the same parents. After only a few years of primary education, she was needed at home to help in taking care of her siblings and she left school to care for the family while her parents worked the cotton fields.
Allie found herself in her late teens during what was the worst of the Great Depression. Because of that intense and trying time in her life, she learned the value of what is really important in life as well as how to stretch and bend to make ends meet when money was short and food was scarce. Those values, she would later instill in her children and her grandchildren over time. As her family would learn, she could have an empty refrigerator and bare cabinets, yet still manage to cook a meal fit for a king and large enough to feed his army.
Allie married young and soon had given birth to seven children, including two sets of twins. Life was hard, but she managed. She managed with a faith and love for Christ and her children and family matched by none other. She has always had and still has a true servant's heart and has done all things for the glory of the Lord.
She worked 29 years at the sewing factory in Arkadelphia to support her children. She taught herself to sew anything and everything from quilts to wedding gowns. At the age of 77, she even patterned and sewed a prom dress for one of her granddaughters. She sewed every opportunity she had until her eye sight could no longer allow her to continue. Her sewing might have halted, but not her mastery in the kitchen. There was not a soul in the family or surrounding neighborhoods who didn't look forward to her homemade rolls and chicken and dumplings at church functions, family get togethers or "just because" times.
In the mid 1980's, after marrying for the second time, Allie battled breast cancer, and won with tremendous triumph, all the glory she gave to God for the victory over that battle. She had much more to do on this Earth, and God was not yet ready for her to take her home in Heaven.
Until her last day on this Earth, her heart always remained thankful. On June 21, 2018, she left this life for her eternal home in glory.
She was preceded in death by her parents, five of her younger siblings, her second husband, Joel Young and four of her own children: Marvin, Peggy, Bill and Tony.
Ms. Young is survived by three sisters: Leona McCauley, JoAnn Jackson, and Beatrice Giddens; three of her children and their spouses: Sherry Jacques and husband Bill of Georgetown, TX, Michael Clark and wife, Susie of Banning, CA and Dean Clark and wife Connie of Antoine, AR; one very special and dear friend, a sister by choice, Sue Price of Antoine, AR; nine grandchildren, 13 great grandchildren, three great great grandchildren and one great great granddaughter on the way, numerous nieces and nephews and a host of other family and friends.
She leaves behind a legacy of genuine faith, hope and love in our Heavenly Father to be cherished by all who have had the great privilege to be a part of her life. While our hearts may ache on this Earth, hers rejoices in Heaven.
Graveside services will be held on June 23, 2018 at 5:00 pm at Gilchrist Cemetery in Friendship, AR with Bro, Larry Bloomfield officiating. In lieu of flowers, memorials may be made to any charity in memory of Ms. Allie Young.

To order memorial trees or send flowers to the family in memory of Allie Young, please visit our flower store.