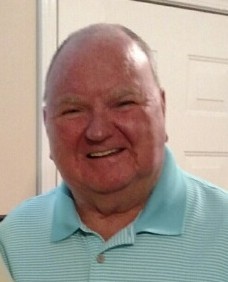 He worked at International Paper for 23 years, and was proudly employed with Jordan's Kwik Stop for 18 years.

A.B. was a member of First Assembly of God in Arkadelphia, where he served as Deacon. And he was a founding member of Hope Alive Church in central Arkansas.

He was a model Husband, the best Dad anyone could ever ask for, and cherished spending time with his kids and grandkids. He loved The Lord Jesus and was faithful to God, The Church and in giving. A real people person, he enjoyed life, was a ton of fun and a genuine, generous man. He loved his dogs (baby girls) Snickers and Skittles. He enjoyed old cars, and collecting quarters and hammers.

Honorary Pallbearers are John Wayne McClure and Neal Hartwick. The family welcomes friends for visitation from 4-6pm on Wednesday, August 18, 2021.

"The righteous man walks in his integrity; His children are blessed after him." Proverbs 20:7

To order memorial trees or send flowers to the family in memory of A. B. McClure, please visit our flower store.